It was my senior year undergrad in 2011 when I first started Jobsplane, a tiny job aggregator to help job applicants have more visibility to the job openings in the market. There were a million job portals already on the web at that point, but everybody doesn’t have some open role listed on some other website because nobody can scrape the whole Internet like Google does, Indeed.com being the close second in the domain, is the leader in recruiting.Since nobody has all the positions listed, job seekers end up using multiple job portals hoping they don’t miss any open positions.

Because of the need and desperation, the job seekers usually are in, anyone can open a job board, with some slick UI, few exclusive positions and get traffic which other kinds of start-ups can only dream off. Jobsplane, even being a small aggregator got over 30 million page views until today. There are tonnes of job portals which scrape the Applicant Tracking Systems across the world, carefully craft and rank their content to get some search traffic and make advertising revenue. Indeed.com is the most popular of this kind. They killed most of the job boards by initially offering them extra site hits in exchange to scraping their jobs.

Monster.com and many other job boards enjoyed it, after all, who doesn’t love free traffic. Indeed has one of the best SEO across the web, you search anything jobs, the first 2-3 links on Google would be from Indeed. Slowly, Indeed started charging for the traffic it diverts to the job boards. They didn’t like the move, but by this time, Indeed was sending more traffic than a job board could source from a single source, so it was not much of an option between sharing some revenue and losing some 25% of the traffic overnight.

It didn’t end there, Indeed started its own job board, and started getting employers post jobs on their own job board. This history about how indeed smashed job boards into the ground is important because Google is trying to pull the same move and there’s no company better suited to pull this off and kill Indeed and other job boards.

In the Google IO 2017, Google for Jobs got a spot in the keynote albeit at the end which magnifies the importance of their commitment to the new platform.

Just like the Google Reviews, Google Jobs has been built into the search engine with a very easy to navigate user interface and great filters. Search anything on Google now which ends with the keyword ‘jobs’ and you see the Google Jobs results first before you see any of the search results. 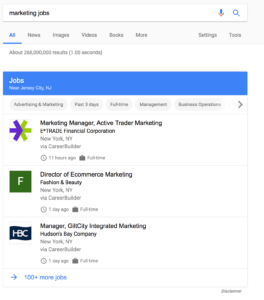 If you want to see the list of websites or companies Google jobs could kill, check this list out. Half the websites there are aggregators scraping the actual job boards which will straight out be redundant in some weeks to come. However, Google partnered with some of the big job boards with the same promise Indeed came up with, give us or expose content with more metadata and get more hits in return. This will probably be a Deja Vu moment for any of the old job boards like Monster.com who have seen this strategy before. But hey, you can’t say no to Google even if it means that you are going to even heavily rely on them going forward.

While they got some good partners initially, Google already started building their own Applicant Tracking System, Google Hire. Until today, companies use ATS(Applicant Tracking Systems) to manage the job applications and use the job posting links on the ATS, post them on job boards and drive traffic to get more applications. But why would you do that going forward if Google says, use our ATS, we will highlight these jobs in the search and get you more applications. THIS is the final death blow to the job boards and I am sure, they are seeing it coming. 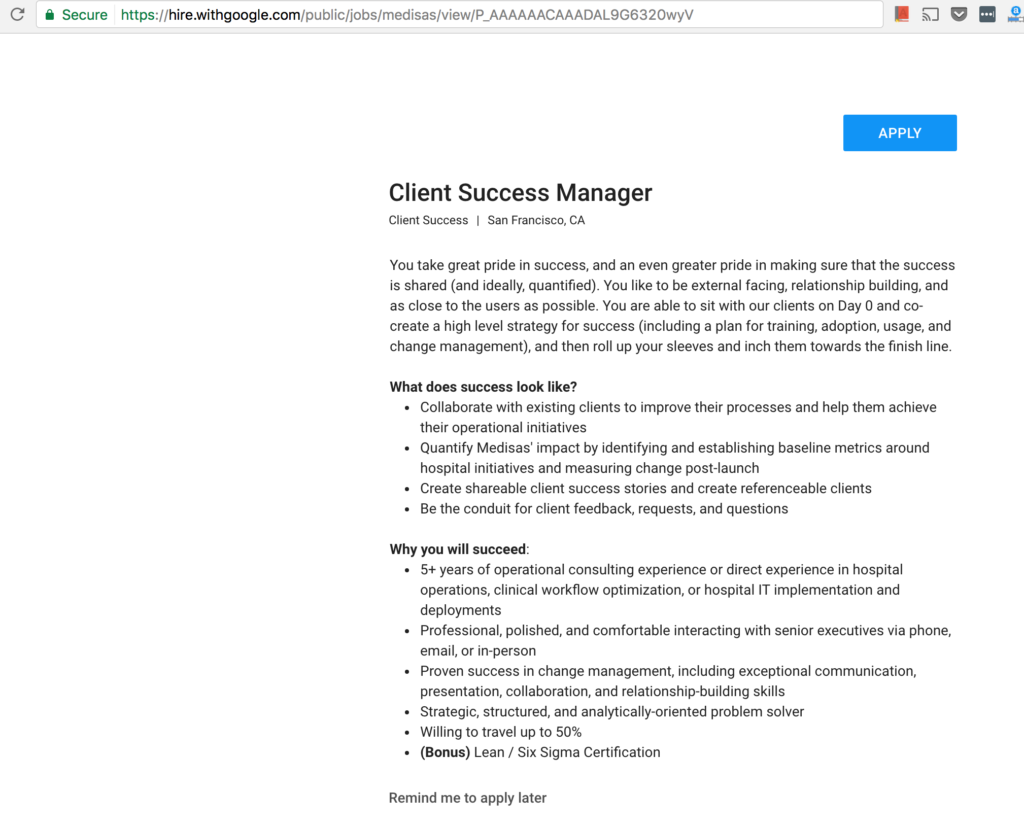 Google Jobs + Google Hire working together would be a job seeker’s dream and recruiting company’s nightmare. Find the most relevant job and apply in less time is a selling point which doesn’t need any selling.

Engineer, Entrepreneur and a Problem Solver at heart. Love building things which fundamentally change how people use things for better.